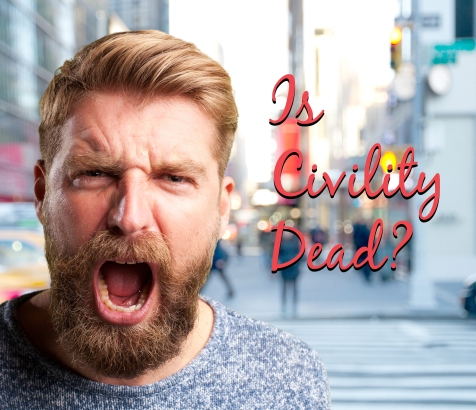 Many Americans today worry that politics is killing civility. But the concern over the decline of appropriate conduct runs deeper than the latest tweet or partisan shouting match. Public life, the workplace, social media — all seemed to be filled with insult and invective. To understand if civility is really under existential threat, we must consider, first, whether civility is even possible. And if it is possible, we must consider whether civility is desirable. Once we examine the possibility and desirability of civility, we will see that, paradoxically, the very things that make civility appear weak and ineffective, also account for civility’s power and appeal.

Keith J. Bybee is Vice Dean and Paul E. and Hon. Joanne F. Alper ’72 Judiciary Studies Professor at the Syracuse University College of Law. Bybee holds tenured appointments in the College of Law and in the Maxwell School of Citizenship and Public Affairs. He also directs the Institute for the Study of the Judiciary, Politics, and the Media (IJPM), a collaborative effort between the College of Law, the Maxwell School, and the S.I. Newhouse School of Public Communications. Bybee’s areas of research interest are the judicial process, legal theory, political philosophy, LGBT politics, the politics of race and ethnicity, American politics, constitutional law, codes of public conduct, and the media. His current research examines civility, free speech, and fake news. His books include Mistaken Identity: The Supreme Court and the Politics of Minority Representation (Princeton, 1998; second printing, 2002), Bench Press: The Collision of Courts, Politics, and the Media, (Stanford, 2007), and All Judges Are Political – Except When They Are Not: Acceptable Hypocrisies and the Rule of Law (Stanford, 2010). His most recent book is How Civility Works (Stanford, 2016). Before joining SU, Bybee was a faculty member in Harvard University’s Government Department.