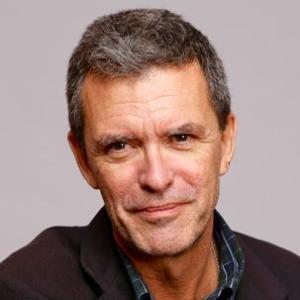 Beloved Syracuse-area writer and journalist Sean Kirst spoke at the Firebarn to a standing-room-only crowd at on Sunday, October 18th, 2015.

Since receiving his first paycheck as a journalist more than 38 years ago, Sean Kirst has built his writing career on his passion for the cities and countryside of Upstate New York. Before coming to Syracuse, Kirst worked for newspapers in Rochester, Niagara Falls, and his hometown, Dunkirk, New York. Kirst joined The Post-Standard/Syracuse Media Group as a writer in 1988 and became a columnist in 1991. Today his work focuses primarily on civic issues – often starting at the neighborhood level – involving struggle, hope and passage, the themes that dominate our Upstate lives.

In 2009, Kirst became the first Upstate journalist to win the Ernie Pyle Award for human interest writing, presented annually to the one journalist nationally who best personifies the approach and ethic of Pyle, the renowned World War II correspondent. In 2010, Kirst received both the national Sigma Delta Chi Award for excellence in column writing and the national Capitol Beat award for commentary, for his columns on state government in Albany. He has won two national Clarion Awards for opinion writing, and has been honored with many other national, state and local professional awards.

In October of 2015, Kirst announced that he would be leaving the Post-Standard/Syracuse Media Group after 27 years with the organization to pursue other opportunities and to devote more time to several books he has been working on.

Kirst is also the author of “The Ashes of Lou Gehrig,” a collection of baseball essays, and co-author of “Moonfixer: The Basketball Journey of Earl Lloyd,” the autobiography of basketball Hall of Famer Earl Lloyd, who in 1950 became the first African-American to play in the National Basketball Association.

Together with his wife Nora, Kirst has raised three children in the Strathmore neighborhood.

Or enter a custom amount