The third featured speaker for the Strathmore Speaker Series’ upcoming “The Near Westside – by Choice!” event is Michael Giannattasio. Michael will join a panel of other Near Westside residents and business owners on Thursday, March 19th at 7 pm at the Firebarn in Onondaga Park for a conversation about what it’s like to live and work in one of Syracuse’s most exciting neighborhoods. The event is free and open to the public. 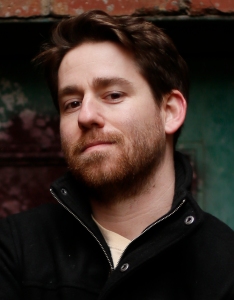 Michael is the founder and director of Syracuse Arts Learning & Technology (SALT) Makerspace. He holds BFA and MFA degrees in Sculpture, is an independent fabricator, Co-Chair of Public Arts Task Force for 40 Below, a university-level teacher, and a public art sculptor.

Michael grew up in the Bay Area, just south of San Francisco. From a young age, he was exposed to diverse populations which influenced his outlook and goals in life. He received his first degree, a Bachelor’s of Fine Arts in Sculpture, from California State College, Chico. At Chico, he refined his process by working with every medium he could get his hands on including: glass, bronze, aluminum, wood, and ceramics. After completing his degree, Michael worked for a time as a studio assistant, independent fabricator, and professional artist.

In 2009, he moved to Syracuse to begin work on a Masters of Fine Arts in Sculpture at Syracuse University’s School of Visual and Performing Arts (VPA). During this time he focused his art on experiences relating to location and expressed through digital installations. By the time he graduated in 2012, Michael had fallen in love with the City of Syracuse and its people.

Soon after graduation Michael became involved with 40 Below’s Public Arts Task-Force, working to create collaborative and permanent public art projects throughout the City of Syracuse. At around the same time, he began working on the SALT Makerspace project. Since 2012, Michael has worked tirelessly to bring the Makerspace to life. In July 2014, his hard work finally paid off, with the grand opening of the 2,300 square foot SALT Makerspace in the Delvan Center on West Fayette Street. The space, which is aimed at local inventors and artists, offers members access fully-equipped metal and wood shops, a computer lab with 3-D printers and software, and a collaborative lounge space. It also hosts regular workshops on a variety of topics.

The SALT Makerspace. Photos from Syracuse.com.